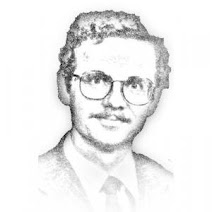 Max Griffin writes horror and science fiction stories, often with a dark twist. John Gardner’s The Art of Fiction is the single most important influence on his thinking about the craft of writing. Authors as diverse as John Updike, Stephen King, Richard Matheson, and Lawrence Block inspire and inform his literary style.

Max Griffin is the pen name of a mathematician and academic. He has retired from his positions at a major university in the Southwest. He is the proud parent of a daughter who is a librarian, and the grandparent to two beautiful, little boys. Max is blessed to be in a long-term relationship with his life partner, Mr. Gene, who is an expert knitter.

When did you decide you wanted to be a writer, and what inspired you?

I decided to try writing fiction in 2008 at age 58.  I wanted to write genre fiction such as SciFi and mysteries that featured gay protagonists, with a focus on the characters’ goals and aspirations.

My most current novel release is “The Hounds of Hollenbeck.”  Allen LeClerc is a graduate student working in a lab with genetically enhanced, hyper-intelligent rescue dogs when he meets Sam Sondergard, a local police detective. Romance blossoms, but there’s an edge of danger as Sam investigates a string murders of young, local men.  When Allen disappears, Sam deploys Allen’s favorite dog from his lab in a desperate attempt to find him.

“Murder Me Tender” is inspired by “Rebecca” and was lots of fun to write.  However, my favorite is always the one I’m currently writing, in this case “Murder on Cabot’s Landing,” a crossover SciFi/Mystery novel.

The color of the sky on an earth-like planet orbiting a K-class star—it’s blue, but almost white. The same novel, “Murder on Cabot’s Landing”, also involved learning the minimum size for an isolated population of cats to survive without genetic drift.

Gay people are just like all people, with largely the same hopes, desires, and fears.

AVAILABLE TITLES
The Ascension
Flatland
The Hounds of Hollenbeck
Murder Me Tender
What in Dreams Abides
Member of: