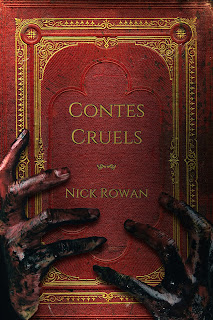 Fifteen nightmares to discomfit your sleep, including one based on a real event.

Contes Cruels is French for “cruel stories”, and some of these are. Whether a broken-hearted man fighting his memories, a clairvoyant trucker, a lover’s pledge, a haunted house actor protecting friends in a crisis or a promise made to a small child, these tales take you inside the darkness in everyone. The small pinpricks of light in the darkness are optional. 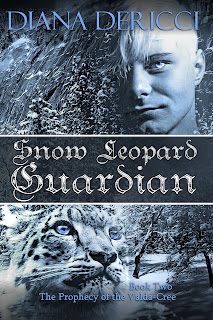 SNOW LEOPARD GUARDIAN
The Legacy of the Valda-Cree
Book Two

The Valda-Cree lion has returned.

With it come new challenges to the mages and those who follow his hopes, who believe in the will of the Goddess Adhrer to a free and prosperous Kielbos. Doubters and allies will reveal themselves.

Duran is but one of the six mages who believes in the prophecy, the goddess, and Lord Morrow. As keep liaison, he works tirelessly to ensure a fledgling peace can grow in strength. With the introduction of the skin shifters to the keep, their outlook strengthens. One skin shifter in particular has caught Duran’s attention, though he’s not sure why now, or why this feline shifter.

But there is more at play that can affect their futures as Duran and the mages of the keep continue their journey to return the Valda-Cree lion, the true blessed royal line, to the throne. Questions and quests.

A crown missing for centuries.

And did someone say dragons?

"...So let me start by saying that I’ve read this author for years – at least a decade. I have always enjoyed her contemporary romances. I was also fan of her contemporary shifter fantasy series. But this is something entirely new and I was kind of blown away..." 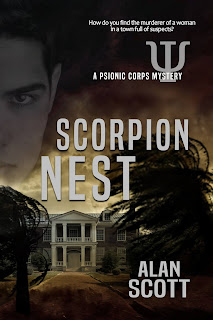 How do you find the murderer of a woman in a town full of suspects?

Everyone in Opelousas, Louisiana hated Agnes Seyfert. The sheriff, local businessmen, the gay priest she outed, even her own family. When her body is discovered in her booby-trap laden house, nobody seems sad she’s dead. Paranormal sleuth, Randy Arsenault, of the Psionic Corps is brought into the investigation and discovers she was suffocated, murdered in her own bed. It is soon discovered she suffered from an advanced form of cancer and had high levels of arsenic in her system.

Randy realizes he has more suspects than he can count: The dead woman’s three daughters, her grandchildren, a gay priest she outed, a local stylist, a mechanic and his own fiancé.

With a hurricane bearing down on Louisiana, Randy races against time to find out what actually happened to the old lady before Hurricane Abigail destroys everything.

A Faire Day for Murder by Alan Scott 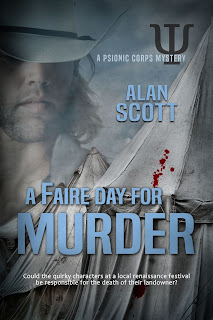 A FAIRE DAY FOR MURDER

The brutal murder of an old man in his isolated farmhouse and very few clues leaves local law enforcement with no alternative but to ask the Psionic Corps for help.  Ian Houston with his paranormal abilities is called in but his presence isn’t welcomed by all.  The sheriff is convinced the owners of the nearby renaissance faire are behind the murder, especially since the victim was about to evict the faire from his land just as their season was getting underway.

Ian is not convinced the case is so straightforward, especially since there are other people with just as motive for doing away with the old man; the neighbor whom he has had a long-going property dispute, the son who will inherit his lands although the farm isn’t very profitable; one of the many participants and patrons of the faire whom the old man harassed over the years.  To keep innocent people from being charged with murder, Ian must join the renaissance faire as a cast member to see if there is a murderer lurking among the ren folke.

Compounding his investigation is the beautiful actress Diana Morgan who instantly steals his heart.  But as a cast member, she is also under suspicion and Ian discovers she may have a dark past, too.

A second murder confounds the investigation and the mystery becomes even more confused.  Meanwhile the sheriff is moving closer to charging the renaissance faire owners with murder.

Can Ian use his powers to find the real culprit and prove his new-found friends innocent?

5 out of 5 stars - Great Read!
"This was a great read. I thoroughly enjoyed the literary journey." - Dame, Amazon Review

5 out of 5 stars - Great crossover Mystery/SciFi Novel
"This novel starts with the brutal murder of an old man, alone in his isolated farmhouse near Oklahoma City. The sheriff is convinced that the managers of the Renaissance Faire, who rent parts of his farm for their annual festival, are the killers, but the local Chief of Police isn't convinced. The Chief calls on the Psionic Corps, a national network of agents with psionic powers, to investigate. Enter Ian, whose special talent involves manipulating the weather--appropriate for tornado-prone Oklahoma. His investigation involves under-cover work at the Faire, a tornado (of course), and a storm of bewildering clues. The psionic powers add a nice SciFi edge to the novel, but Ian uses old-fashioned detective work to solve the mystery. In the tradition of other SciFi/mystery blends such as Asimov's robot mysteries, the psionic powers follow well-established rules, and the ending is satisfying with no "deus ex machina" trap doors. The novel feathres lots of local color, insider information about Renaissance Faires, and even some romance, but the mystery dominates, with enough in the way of misdirection and false leads to satisfy the most rigorous mystery fan. Highly recommended." - Max G., Amazon review

4 out of 5 stars - Loved It
"I absolutely loved Ian and the other characters. The setting being a renaissance faire is just perfect. I want to know more about the psionic officers. Keep em coming Alan Scott!" - Nicci, Amazon Review 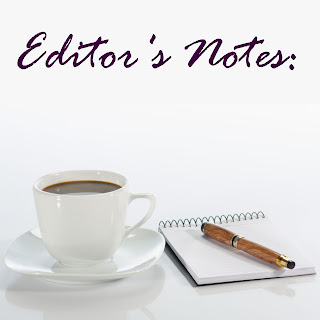 Welcome to Angelia Sparrow with her western steampunk novel, The Sweet Science of Bruising. This author pushes the envelope and tempts the reader to go on an adventure of passion and curiosities in an alternate history where airships and gaslights abound. Lillian, her inventor main character, tempts fate by attending a controversial boxing match dressed as a boy, and everything goes sideways from there. She is captured as a plaything for Turlough the boxer, but even he is not what he seems. This was one I just could not put down. I wanted to know what happened next, where these two were going to end up, and how they were going to get out of each predicament they fell into. If you enjoy a steamy story with MFF, an abduction, and a clever plot to escape, this one’s for you! Next up is Max Griffin’s Timekeepers which releases June 25, 2022. This MM sweet romance is heavy on the sci fi and alternate history. As Haakon and Nathan struggle to find their way back to one another, the world as we know it gets turned and twisted into something quite different. The Timekeepers have to clean up anything that goes awry, and maintain order. But at a cost! See how many historical references you can spot in this full length novel that will take you on a trip through important events that shaped what is to come, and has the main characters struggling to find out when and where they are, dodging counter-plots to the Timekeeper mission all the way. Max's stories are always fun to read. He blends in realism and mystery to everything he does. From the first line, I was hooked! If you love a good, twisty time travel tale, check this one out! 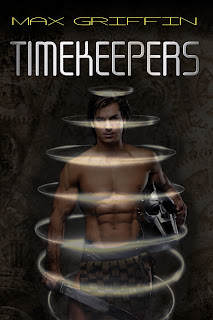 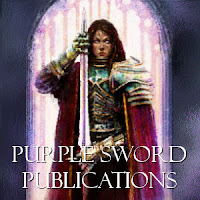