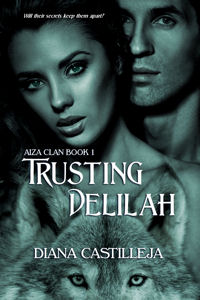 Roman Aiza is the second born son of the Aiza clan. He also owns and operates a private security company and has an ongoing contract with one of Florida's most influential residents. He is patrolling at a party when he encounters a woman who will haunt him. A woman who at their first meeting, manages to walk right out of his hands when he follows her for trespassing. She manages to do this without giving Roman a single reason why she is in the depths of the house he is protecting. When he does finally locate her days later, his goal is to prove that his instincts are wrong. She is not the woman that all of his senses are clamoring for.

When the daughter of Roman's largest and closest account is kidnapped and held for ransom, will they be able to build a trust between them? Or will their own secrets keep them apart?