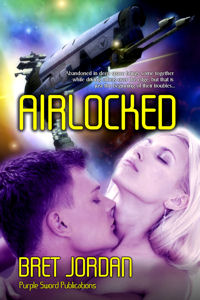 Abandoned in deep space brings some together while driving others over the edge, but that is just the beginning of their troubles…

One hundred and fifty years in the future humans are finally reaching out to the stars. Though capable of deep space travel humanity is still an infant among the void and things can go horribly wrong in the blackness of infinity.

The crew of the Valkyrie awakens from their cryogenic sleep early - months early. The Valkyrie wasn’t made for long-term habitation, a cargo carrier engineered to be lived in for only a few hours on each side of a transport run. Now the crew is forced to learn to live together in an environment where the average room is the size of a closet and the corridors almost touch their shoulders as they pass. Two of the crew members are drawn together in a closeness they never thought they would find, but the other crew member falls over the edge of sanity in the face of the cold void surrounding them. Dwight and Victoria soon realize that the tight quarters are the least of their problems…